To share your memory on the wall of Carmen Ramos, sign in using one of the following options:

Print
It is with great sadness that we announce the passing of Carmen M. Ramos,72, on the morning of September 12, 2020 in Springfield, Massachusetts.

Carmen, known by many as “Mari” was born in Aguas Buenas, Puerto Rico to the late Agus... Read More
It is with great sadness that we announce the passing of Carmen M. Ramos,72, on the morning of September 12, 2020 in Springfield, Massachusetts.

Carmen, known by many as “Mari” was born in Aguas Buenas, Puerto Rico to the late Agustina Quinones and Emiliano Ramos and was sister to the late Carmen Ana Ramos “Carmin” . She lived an idyllic life with her family in the country and would recount her years with them as “full of love”. She remained committed and loyal to her family and worked hard to provide them with anything they needed.

Carmen’s family later moved to the city of Caguas, Puerto Rico where she attended school and excelled at sports and enjoyed a large social circle of friends. She was known as being a defender of those less fortunate than her and routinely protected others from being taken advantage of. She had excellent intuitive skills and an astute ability to observe and read others. These skills and hard work ultimately led to her career as a police detective in Puerto Rico, a career she cherished.

Years later she would make the move to The United States to expand her family and eventually settled in Springfield. Here she continued her mission of helping others within the community and was affectionately known around town as “La Enfermerita” and “Carmen la del chino”, working with general practitioner, Dr. Cuong Nguyen and later with psychiatrist, Dr. James Smith. She was beloved in the community because of her generous spirit; she made sure her patients would not go without access to medical care, food or community resources. You couldn’t go anywhere without someone stopping her on the street, in stores, or at restaurants and shouting “CARMEN!” She was the unofficial Mayor of Springfield!

However, Carmen is best known for simply being the best mother that ever existed. Always committed to family; she devoted her life to making sure her children were honorable, responsible and giving human beings.

Their childhood was magical, adventurous, and creative and this was all because of her. As a mom, she encouraged their daydreams and made many of their wishes a reality without ever spoiling them. She had an incredible ability for taking very little and making something magnificent out of it--because of this--they always believed anything was possible.

There will never be an adequate amount of words to describe this most dynamic and amazing human. If you were lucky enough to have known her, you know the following to be true: She was fearless, the woman who could solve any problem, would try anything once, was competitive, a fighter, laughed and goofed around with her kids, was strong, an amazing daughter and sister, resilient, an animal lover, caring, generous, an entrepreneur, an athlete, a loving friend, an extraordinary cook, a protector, an investigator, a perfectionist, a nurturer, a healer, a superhero, and most of all the # 1 cheerleader and supporter of her children.

This is her legacy. We love you ma!

At this time a private memorial for the family will be held at Puerta Del Cielo Funeral Home.

For those wishing, donations may be made in her memory to :

To send flowers to the family or plant a tree in memory of Carmen M Ramos, please visit our Heartfelt Sympathies Store.

Receive notifications about information and event scheduling for Carmen

Provide comfort for the family with a meaningful gesture of sympathy.

Show you care by sending Flowers

We encourage you to share your most beloved memories of Carmen here, so that the family and other loved ones can always see it. You can upload cherished photographs, or share your favorite stories, and can even comment on those shared by others. 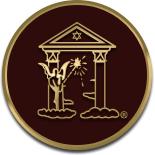